Fast Fat Loss with Running: The Long and the Short

I’d like to clear something up today. My opinion on running and why it’s more than just a random emotion-based opinion and based in hard fact. Also, there’s running and then there’s running. Long-distance running (for me, that’s anything over 4 minutes, but I’m talking 10km up to a marathon) and ultra-endurance trail running of course, as Phil Jeremy our fantastic running coach will attest to, is a great challenge and often mental-release but not so good for the body in numerous ways (almost too many to count). Now obviously it’s a lot healthier than sitting at home by the TV eating pizza and chips but all things are relative. Would you rather do what is “good” for you (but actually not so “good” for you) or what is great for you. It’s a no-brainer one would think.

So to be fit, lean and healthy what sport do you do? There are a myriad of choices and obviously it helps to choose the one you love the most; however, for this article let us consider what the average person assumes is a ‘runnable’ distance and an effective ‘doable’ speed when it comes to running for fun and running for fat loss.

Apparently Usain Bolt has never run more than a mile, ever, whereas Killian Jornet considers a 4 hour trail run, whilst climbing 3000 feet, a short morning jog. Now these guys are specialists and at the elite of their sport and we are all free to make whatever choice we want but if we want to be lean, healthy and fit, what do we do?

I had a client who couldn’t run 50 yards without feeling sick and nauseous. He had to stop and walk after just a few seconds, he was clearly not fit or healthy but he wanted to be. He was also nearly 50% body fat and had been diagnosed as clinically obese. If we take him (let’s call him Dave) as the most extreme example, what can running do for him, in fact what did running do for him?

In the USA more people are exercising and specifically running than ever before and yet obesity levels are rising at an alarming rate and the UK is not far behind. I just read today that nearly 70% of the UK population are overweight or obese. Why? Well the answer is simple – Too many people are eating too much of the wrong food.  Remember that nutrition is the key and no amount of running is going to make you slim if you eat poorly… and unfortunately a great many people eat poorly.

However let us assume for the moment that you are aware of healthy, clean nutrition and you practice it everyday; what is the best exercise you can do, from a running perspective, to help you to achieve your goal?

Below is a list of the good and the bad of long distance running, anything from a 10km to a 100-mile ultra mountain marathon.

NB: The following is presented more as a ‘stripped’ down, essentials only, blog post: A synopsis if you like. I haven’t included scientific references for the below, as (a) there is a ridiculous abundance, and (b) it would be another 10,000 words of referencing on top of what is already a long post. Suffice it to say, these are the facts (stripped down for you, so I didn’t end up writing a book in one sitting).

Long slow distance running (Phil Jeremy’s forte, but as he advocates, not the best for his overall health and conditioning)

2) Decrease in resting heart rate. Fitter due to aerobic conditioning

4) Release of negative energy due to endorphin release

8) For beginners in the first few months, you burn fat

1) Repeated extreme exercise or long-distance racing can cause a build-up of scar tissue on the heart which can lead to the development of patchy myocardial fibrosis in up to 12% of marathon runners. The effects of “chronic exercise” can also include premature aging of the heart, stiffening of the heart muscles, and an increase in arrhythmias and atrial fibrillation. However to put this in perspective an article in the New England Journal noted that of 11 million participants in marathons and half marathons across the USA in a 10 year study only 59 runners suffered a cardiac arrest. That’s one death in 260,000 runners and half the death rate in non runners, and less than swimming. Basically the main danger is for endurance athletes who run over many years

3) Risk of over-training and therefore injury

4) The best health outcomes are actually found far below the exercise levels of even casual endurance athletes. A 15-year observational study of 52,000 adults found that the highest degree of survival and health was found from running less than 20 miles per week, in runs of 30 to 45 minutes over three or four days, at about an 8 to 10km per hour pace. The benefits decrease at amounts greater than that

5) Catabolism of lean muscle mass, if not adequately supplemented and in the case of ‘over-training’

6) Build up of free radicals (triathletes actually have the lowest life expectancy of any athletic group – is this down to the way they eat? There is still a high proportion of high-carb regimes in this athletic group, with hyperinsulinaemia prevalent). You rarely see an endurance athlete who facially, looks the picture of health. Why? Because they have so many circulating free-radicals that this negatively affects their skin health they ‘age’ quicker

Yes there are obvious contradictions but nevertheless these are the facts.

Now let’s look at running short distances. Anything from zero up to 800 metres (technically anything less than 4 minutes can still be anaerobic, although the body’s lactate capacity usually peaks at around 35 to 50 seconds (hence the 400m and 400m hurdles are notoriously the most lactic or the ‘hardest’ of athletic events).

One is a sprint-athlete (long-jumper). One is a long-distance runner. They will have a similar body fat percentage (the one on the left possibly has less) but one has a lot more muscle mass. Which looks better?

2) Shorter training times (can be as little as 4 minutes, though normal training time is 20/30 minutes total)

3) Can be done anywhere

6) Feeling energised (due to endorphin release)

10) Increased anaerobic and aerobic fitness and health (the aerobic gains are almost equivalent , if not the same in some studies, as with a purely aerobic training programme)

2) Perceived difficulty i.e. it is mentally harder (make no bones about it, sprinting at high intensity is often very very hard and takes a lot of resolve to push through, but the results are undoubtable.

Now there are overlaps of positives for all ‘cardio’ (said with an American accent) running training, as you would expect but the negatives are clearly minor in sprinting and the positives are obvious; strange then that most people choose to do long slow jogging. The reason must be because it is perceived to be ‘easier’, or actually that they deem it effective for fat loss and fitness gains (due to misinformation and misconceptions resulting from media messages and culture trends). If your goal is fat loss and improved body composition but you prefer to jog then my advice would be to go for a run and then do interval sprinting during your run, say 30 seconds fast, 30 seconds slow x 8 and then continue on with your jog, at least this way you get the best of both worlds. But use the jog as a genuine jog. Relax, enjoy it and you will diminish the potential negatives, as long as you don’t go out for hours.

… in a balanced, healthy, effective way.

P.S. For the record, I love running but it is sprinting that I love, not long-distance training. Running short distances fast; I find nothing more liberating and enjoyable (apart from maybe riding ‘Bella’ the Vespa) and this used to be my number one sporting specialty. On a short distance vs. long distance note, I have actually been doing a one-man (namely me) experiment with 10km run training and the effects on the body (body composition measures and VO2 max) over the past 6 weeks. I will share the results with you in my next blog – I know they are going to be interesting that’s for sure!

P.P.S. Please feel free to ‘like’ on Facebook, if this makes sense, ‘share’ using the below links if you feel someone you know would benefit from reading it, or see my leg-based run-based fat burner in my WOW (workout of the week) on Instagram. 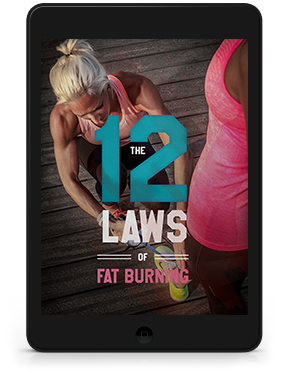